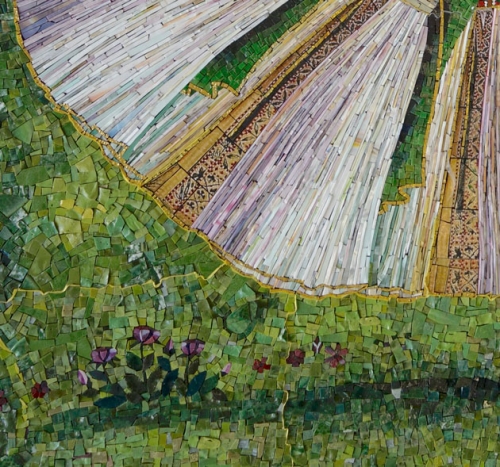 Join Seattle Art Museum for the first of three online events with artists who have immigrated to the US from Asia and the Middle East, on their art, heritage, and coping with the present moment. Each artist will appear in conversation with Laila Kazmi, Kazbar Media.

Pakistani-born and internationally recognized, Shahzia Sikander’s pioneering practice takes classical Indo-Persian miniature painting as its point of departure. She challenges the genre by experimenting with scale and various forms of new media, and bringing in South Asian, American, Feminist, and Muslim perspectives.

Sikander's major work while earning a B.F.A. at the National College of Arts in Lahore, The Scroll (1990), launched what is now globally called the neo-miniature. She then earned an M.F.A. at the Rhode Island School of Design, and lives in New York City. Sikander’s interdisciplinary practice includes painting, animation, installation, video and collaboration with composers and authors. Her work was shown at SAM in 2003 in the exhibition Conversations with Tradition.

Sikander’s innovative work has been surveyed in solo exhibitions at MAXXI Museo, Rome (2016-2017), the Asia Society, Hong Kong (2016), the Guggenheim Museum, Bilbao (2015), the Hirshhorn Museum and Sculpture Garden, Washington DC (1999) among others.

Interviewing the artists will be Laila Kazmi, an Emmy award-winning filmmaker/producer and co-founder of Kazbar Media.