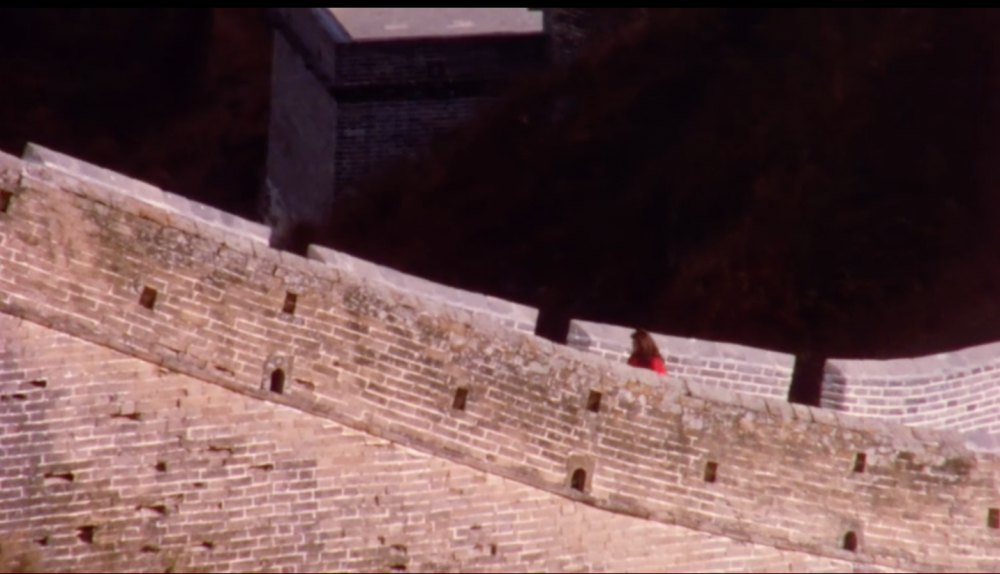 This #FilmFridays feature is Marina Abramović’s film The Great Wall Walk, 1988/2008. Click the link below to watch on Vimeo for 24 hours from Friday, May 29 until Saturday, May 30.

Join us on social media and tag @SeanKellyNY to share a pic of your at-home screening. The person who submits the winning picture of them watching the film will receive a signed copy of #MarinaAbramović’s publication.

In 1988, Marina Abramovic and Ulay embarked on their historic performance, The Lovers, in which they walked towards one another along the Great Wall of China, each starting from separate ends, in order to meet in the middle. Abramovic began walking from the eastern end of the wall, on the shores of the Yellow Sea, while Ulay began walking from the western end in the Gobi Desert. They would walk for three months covering 2,500 kilometers each until they met at Er Lang Shan in Shen Mu, Shaanxi province.

When planning for the trip began several years earlier, the intention was for Abramovic and Ulay to meet in the middle where they would marry, however by the time the artists began their walk, their relationship had deteriorated to the extent that they now planned to meet in the middle to end their relationship, both personally and professionally. This would be the final collaborative work for the artists who would never work together again.

LINK HERE WILL BE LIVE FOR 24 HOURS FROM FRIDAY, MAY 29 UNTIL SATURDAY, MAY 30
Back To Top