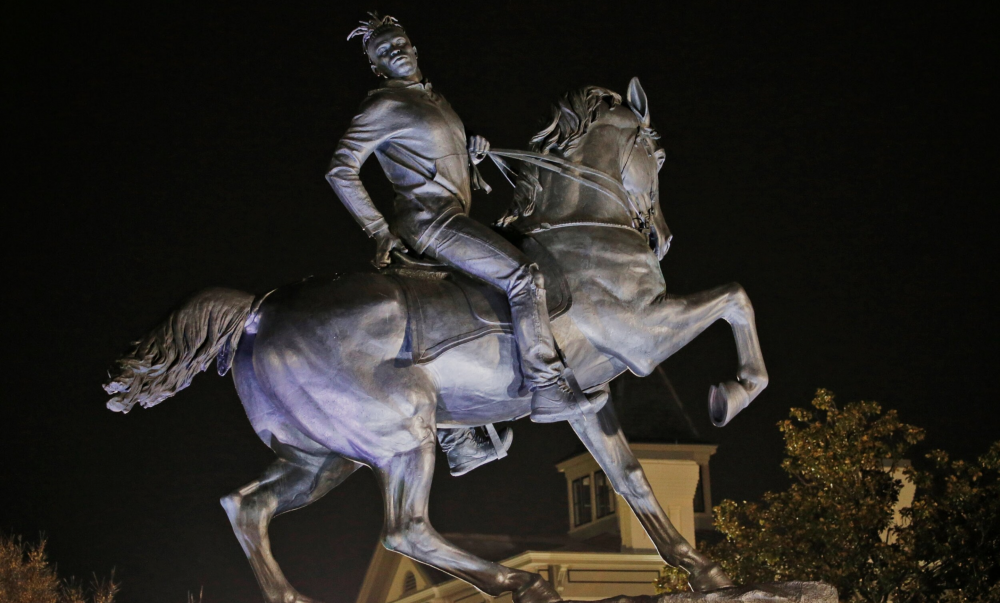 Like much of Wiley’s work, Rumors Of War is a quotation of centuries-old styles. It draws principally on militaristic statues that appeared in Italian city-states in the early Renaissance. But its immediate model was a statue commemorating the Confederate general J. E. B. Stuart, which was among the first to go up in Richmond during the rise of Jim Crow, at the turn of the twentieth century, when Southern cities started building such tributes.

With its immense scale and magical proportions, “Rumors of War” feels like a defiant response to white reactionary politics, but it also encapsulates a precarity that many Americans feel. The rider, who is just a guy in ripped jeans, has been thrust into conflict. The sculpture is more tender than resolute. Throbbing veins on a raging steed are warlike, but the rider’s exposed knee, framed by the frayed denim threads of his pant leg, seems vulnerable, even in bronze.

Wiley is working in step with other contemporary artists who are puncturing the fables of the Civil War.