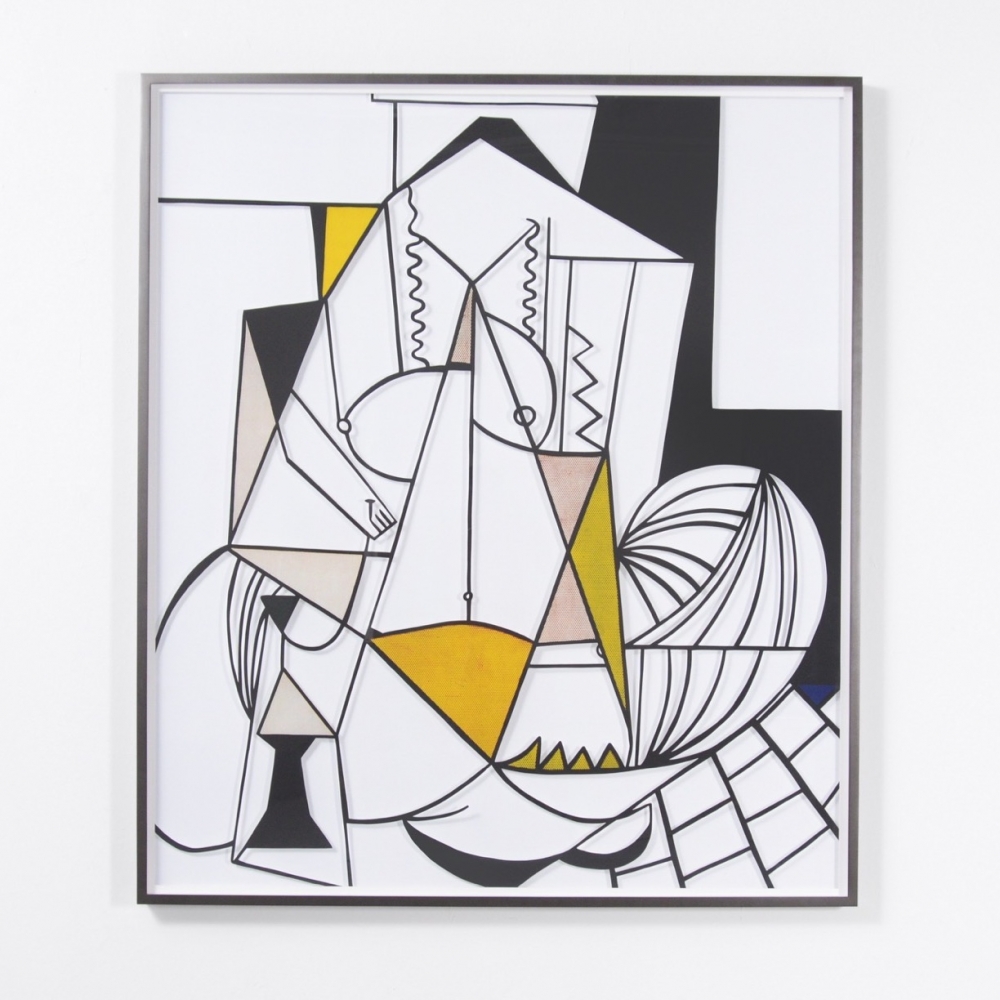 Today we are going #InDetail with Jose Dávila and his work Untitled (Femme d'Alger) IV, 2016.

#JoseDávila, creates elegant and refined sculptures, installations and photographic works that simultaneously emulate, critique, and pay homage to 20th century avant-garde art and architecture. Dávila’s work references artists and architects ranging from Luis Barragán and Mathias Goeritz to Joseph Albers, Donald Judd and Dan Flavin to investigate how the modernist movement has been translated, appropriated, and reinvented. He often achieves this through Post-modern strategies that explore issues of seriality, appropriation and commodification.

Untitled (Femme d'Alger) IV, 2016 is a large-scale photographic cut-out Dávila created based on Roy Lichtenstein’s Femme d'Alger, 1963, which the Pop artist had appropriated from Pablo Picasso’s The Women of Algiers, 1955. That painting had, in turn, had been inspired by Eugène Delacroix's 1834 painting The Women of Algiers in their Apartment. Reminiscent of the Picasso series, which included fifteen oil paintings and several hundred sketches, similarly Dávila’s work is one in a series with variations. A photograph of a reproduction of Lichtenstein’s work taken from an art book, the series began with a complete image; in the succeeding works, key pictorial elements of the composition were progressively removed until the final work was reduced to its essential structural elements, creating a seemingly architectural structure out of the reproduction. By cutting and re-presenting the image—transforming a two-dimensional planar image into a three-dimensional object, Dávila invites the viewer to pause and consider the importance of both what is no longer present and what remains.

In an interview with @artsy Dávila recalled his affinity for the inherent seriality in Lichtenstein’s work. “It was an image that had already been interpreted by different artists on top of each other,” he noted. “It’s like a fractal of what happened throughout time, throughout history.” The final cutout is nothing more than black outlines, essentially transforming the painting into a line drawing. This, says Dávila, is his contribution to this string of interpretations—an experiment in medium. Shifting between different modes of representation has been on his mind since his early days in the darkroom. “I always wondered why there was this pristine usage of photography without a notion of photography in physical terms, in terms of the paper itself,” he said. “I wanted to make a twilight zone between a two-dimensional work and a three-dimensional work, between sculpture and representation.” - @josedavila