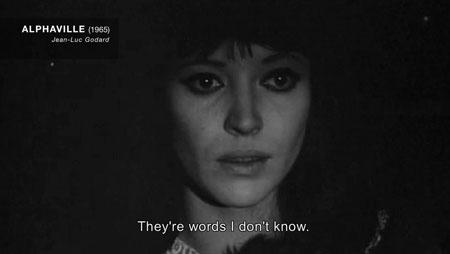 The Art/Doc Artist Film Festival at Artport emerged from the need to create a local platform for a specific type of artistic practice: video-based works that belong to the video-art tradition, yet differ from it. We know these films; they feature increasingly in exhibitions and festivals in Israel and worldwide, but are still not regarded as a separate artistic genre.

In recent years the art world has seen at least two significant turns: cinematic and social; two contradictory trends which respond to the global neo-liberal order evolving since the 1990s. As part of the cinematic turn, artists began making works which looked more and more like feature films, in terms of the meticulous production quality as well as the display spaces, which have transformed from white cubes to black cubes furnished with sofas, benches, and beanbag chairs. The social turn, on the other hand, indicated artists’ growing interest in communal and local aspects: in interpersonal relations and the power dynamics innate to a given social structure. While the cinematic turn was oriented to the spectacle—to the striking and photogenic, that which adopts a seductive aesthetics and criticizes it at the same time, the social turn artists generally chose to engage with political and social issues, while abandoning, or, at least, ascribing lesser import to the image-making process.

An artistic genre emerged from these two orientations: video works that strive toward the political, the social, and the cultural, yet do so without relinquishing the originality and aesthetic daring reserved for the art of the moving image. Due to their interest in the world, in the real, in all aspects of reality, these video works often tend toward the documentary and carry on the social commitment associated with this genre from its beginnings. Hence, stylistically speaking, they are often reminiscent of short documentaries. As video works created by artists who operate on the line between art and cinema, however, they do not forget their immediate history, that of video art and experimental film. These works do not restrict themselves to narrow cinematic formats—a given duration, genre, or plot. They toy with different genres, juxtapose new and existing materials, draw on popular culture just as much as they are based on in-depth research. In the absence of a better definition, we refer to them as “artist films.”

Doc/Art was conceived to meet the need for presenting, contemplating, and discussing this type of artistic-cinematic practice. It is not a film festival in the usual sense, nor is it an art festival per se. It takes artistic freedom to blend, surprise, and not adhere to any existing format. It combines film screenings by some of the most intriguing artists currently active in Israel and abroad, alongside workshops, talks, and events (often equally hard to catagorize)—encounters in which the visual image takes a central, but never exclusive, place. In a world in which the political, economic, and environmental uncertainty is growing along with the inflation of images and their modes of distribution, Doc/Art strives to introduce critical perspectives through which to reflect about the world, aiming to offer a meeting place for dialogue; an arena for shared experiences and exchange of thoughts.

The festival is generously supported by the Ostrovsky Family Fund.

​Johan Grimonprez's film every day words disappear will be presented.