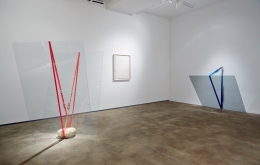 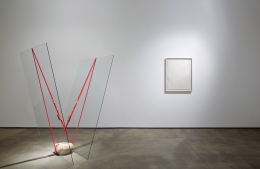 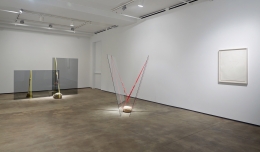 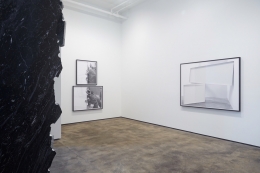 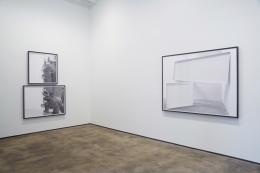 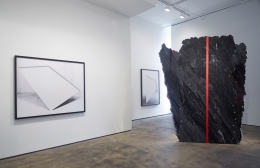 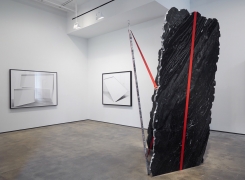 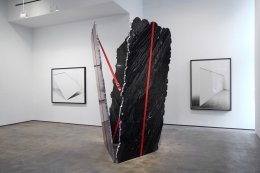 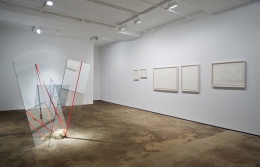 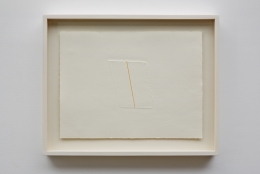 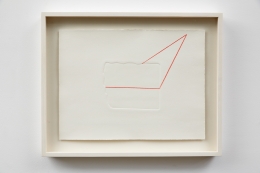 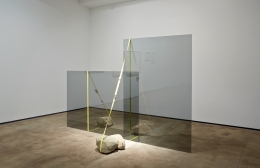 Sean Kelly is pleased to announce The Lightness of Weight, an exhibition of new work by Jose Dávila. An opening reception will take place on Thursday, October 23 from 6:00-8:00 pm. The artist will be present.

For his first exhibition with Sean Kelly, Dávila has created an exciting new body of work, which includes sculpture, photographic works and works on paper. In the exhibition, Dávila furthers his ongoing fascination with equilibrium, form and function, as well as his interest in architecture, minimalism and conceptual art.

In the front gallery, Dávila will present Look Mickey, a monumental sculpture made specifically for the space, comprised of three marble slabs, counterbalanced with industrial ratchet straps. Look Mickey is entirely freestanding, the marble slabs are held in place by gravity and their own equilibrium. Their balance however, is accompanied by tension, as the sculpture appears on the verge of collapse.

As the title of the exhibition suggests, Dávila imbues his works with a remarkably light presence, emphasizing their diametrically opposed qualities. Dávila further accentuates this tension in Joint effort, which is made of glass and demonstrates how this material can be at once both extremely fragile and strong.

Dávila’s work is in the permanent collection of numerous institutions including, the Museo Univer- sitario Arte Contemporáneo (MUAC), Mexico City, Mexico; Museo Nacional Centro de Arte Reina Sofía, Madrid, Spain; Inhotim, Brumadinho, Brazil; Albright-Knox Museum, Buffalo, New York; the Zabludowicz Collection, London, Great Britain; and the Museum of Modern Art, Luxembourg. Dávila has been the recipient of support from the Andy Warhol Foundation, a Kunst-werke residency in Berlin, and the National Grant for young artists by the Mexican Arts Council (FONCA) in 2000. The Getty Foundation has recently awarded the Los Angeles Nomadic Division a grant to develop a mid-career survey of Dávila’s work. 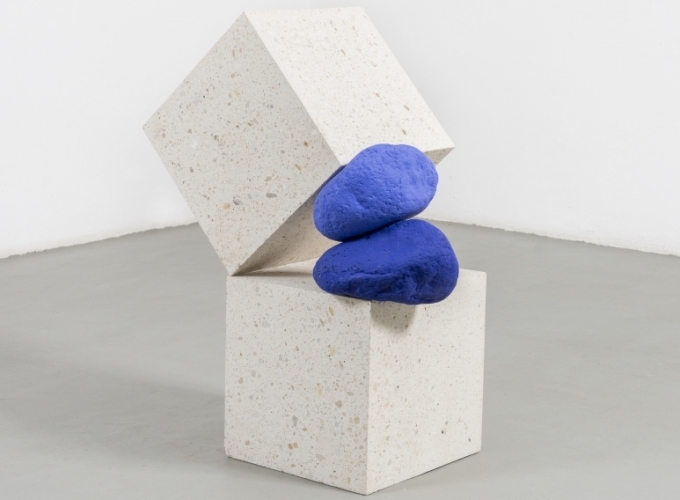 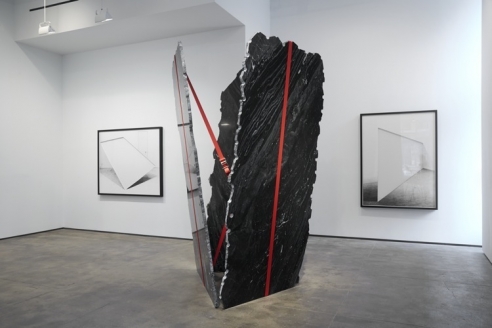