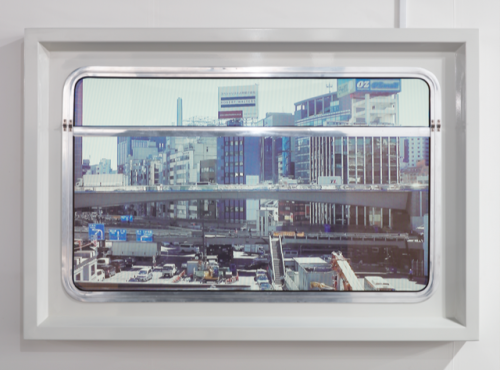 This #FilmFridays feature is Leandro Erlich’s film Global Express, 2011. Click the link below to watch on Vimeo for 24 hours from Friday, May 22 until Saturday, May 23.

Join us on social media and tag @SeanKellyNY to share a pic of your at-home screening. The person who submits the winning picture of them watching the film will receive a signed copy of #LeandroErlich’s publication.

In Global Express, cityscapes fly past in what appears to be a subway or elevated train window. As we watch the film, we can feel the jostling cadence of travel, watching one iconic city (Tokyo) morph seamlessly into another (New York) and then another (Paris). Global Express reveals the monuments and architectural signifiers that we identify with each city. Threaded together as a simultaneous event, we experience what technology now offers us on a daily basis—the ability to traverse impossible distances in milliseconds. The video leaves us with the sense of having been on a singular journey, where multiple metropolises merge into a single, global feed.

An architect of the uncertain, #LeandroErlich creates spaces with fluid and unstable boundaries. Before one attempts to make sense of his sculptures and installations, one senses the uncanny. A single change or inversion—up is down, inside is out—can be enough to upset an otherwise seemingly normal situation, collapsing and exposing our typical reality as a counterfeit construction. Through this transgression of limits, Erlich undermines our belief in certainty, absolutes and the systems that reinforce them.