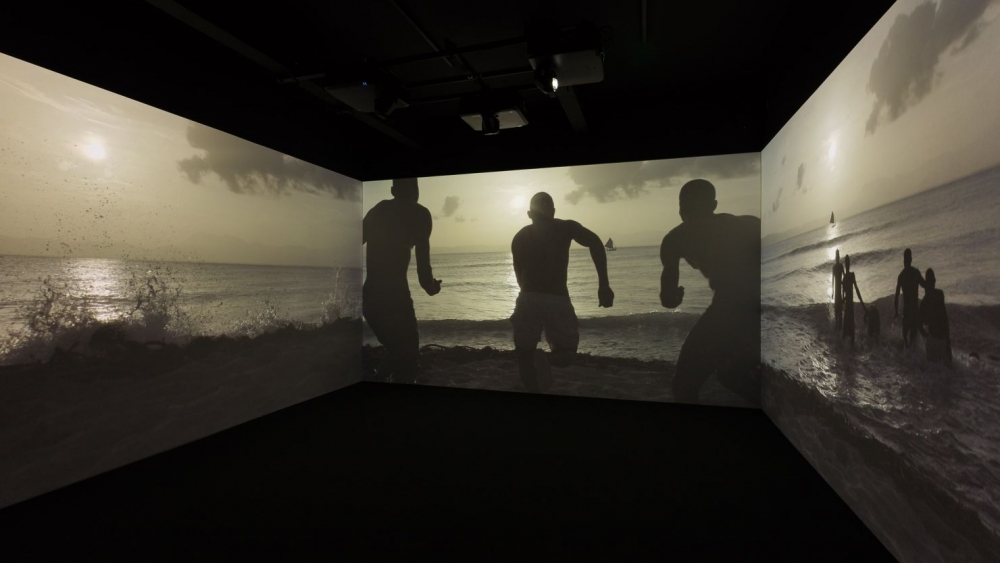 Kehinde Wiley is a world renowned Nigerian-American artist whose naturalistic portraits challenge the conventional view of power, taste and privilege by portraying black people of disparate origins and social status as celebrated figures. His style is deliberately decorative and sitters include President Obama, Kanye West and fellow artists Wangechi Mutu and Lynette Yiadom-Boakye.

In 2017, Wiley made his first ever film installation. Narrenschiff (German for Ship of Fools) is a three-channel digital projection with direct reference to the 15th-century book of the same title by the German theologian, Sebastian Brant. The book satirised politicians, clerics and other well-known or influential people and was a huge success of the time, narrating the story of a crew of fools lost at sea.

The Ship of Fools is not, however, an imaginary story. In thirteenth century Western Europe, large numbers of people, who were labelled as outsiders, were made to set sail and forced into isolation and sometimes, as consequence, sanatoriums. Kehinde Wiley reflects upon the idea of marginalising those who do not conform to societal norms through this work.

Wiley’s film provides a portrait of a group of young black men at sea, struggling to reach the land - a metaphor for both historical and contemporary histories of migration and social dislocation.