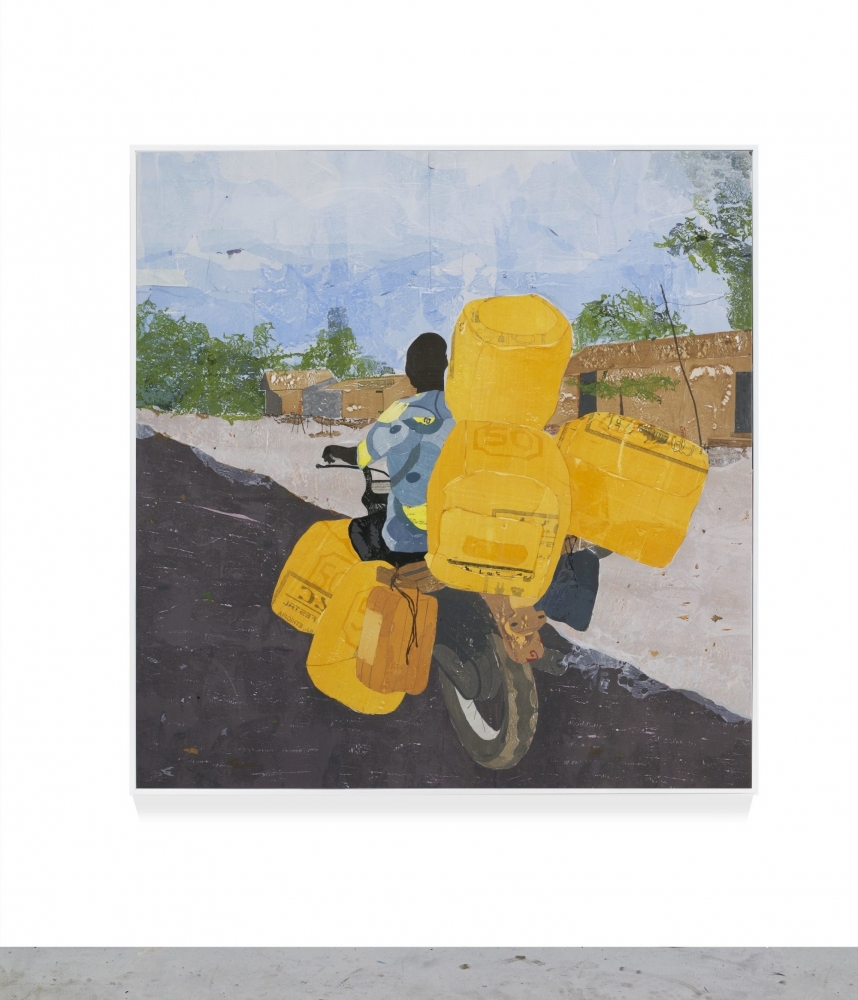 The Aldrich Contemporary Art Museum presents from where i stand, the first solo museum exhibition of Hugo McCloud. McCloud’s work has been defined by a restless experimentation, an ongoing engagement with process, an exploration of the value of labor, a concern with disparities in social and racial economics, and with the nature of beauty. McCloud’s earlier work can generally be categorized as abstraction, with its veiled subject matter growing out of his experiences of being Black and his family’s working-class roots. These influences are evident in the materials and process he gravitates to—roofing metal, tar, and most recently plastic shopping bags. McCloud deftly uses these abject mediums to encode social and cultural memory and to reflect on notions of class. His latest figurative works, which were influenced by his move to Mexico in 2018, are composed of discarded plastic bags, depicting workers transporting towering piles of goods on bicycles, motorcycles, and their backs, as well as the overfilled carts of the homeless and indigent. Increasingly, his work speaks of the economics of labor and geopolitics on a fundamental level, while encapsulating the artist’s interest in global culture. from where i stand will occupy The Aldrich’s entire first floor and will include approximately thirty-five works borrowed from both private collections and the artist.

from where i stand is curated by Exhibitions Director Richard Klein and will be accompanied by a book published by Hatje Cantz, with essays by Klein and at least one other contributor.